Sneak Peak into the Nature's Architect!

Let's learn about Polar bear as one of the Nature's Architects.

Female Polar bear makes dens in the snow to give birth. While the outside temperature is -50 °C, the temperature inside the den remains 0 °C. Eskimos and Architects had been inspired by the Catenary shape of the den to design a warm and cosy space with ice.
Polar bears live in countries that ring the Arctic Circle. Their primary habitat is the sea ice. A polar bear has a layer of fat which is covered by its black skin that absorbs the heat from the sun and keeps the Polar bear warm in the freezing weather. The skin is covered with two layers of fur.
For thousands of years, humans, plants and animals have been using snow to keep warm. But we are wondering how something cold, can keep you cosy. So, let’s explain this by looking at the system behind igloos.

The Inuit have managed to live in the Arctic regions of Greenland for about 5000 years. Winter temperatures reach 50 degree below zero and when is that cold, surviving means finding shelter. As it’s not an area known for its forests, nomadic hunters learned to build with the only thing available: Snow. A person inside act as a living furnace and will radiate body heat, the hot air rises, and the cold air sinks down into the lower part and away from where you would eat, sleep and chill.
Some animals like whales and seals are protected from this process by their skin, which won’t let them to lose the heat inside their body.  But igloo is what we have learned from animals like Polar Bears, groundhogs and even birds like grouse, they all make snow burrows to stay warm.

Did you know that there is no such thing as cold? You have to think of heat as an actual quantity of stuff, the more you give a way, the colder you feel.

Still looking for the perfect Christmas gift for your child? Check out our subscription boxes! 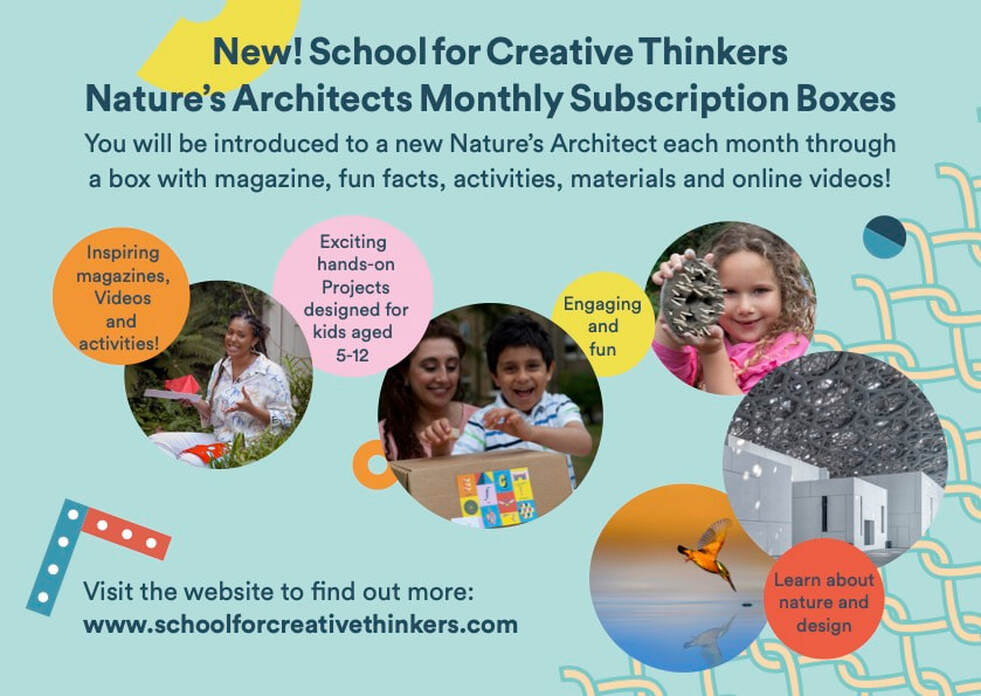 Looking for more fun activities?
Try out our Free Activities Page at School for Creative Thinkers!
Back to Day 22
Donate to Museum of Architecture here