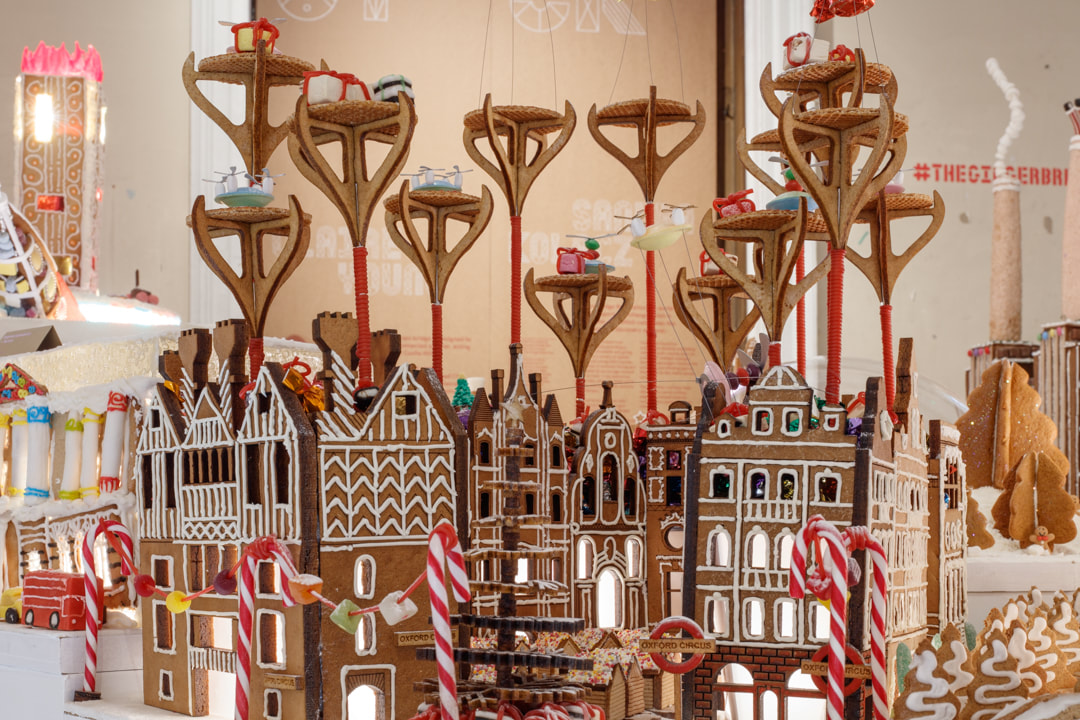 A busy intersection where for hundreds of years Londoners and tourists alike have
bought their Christmas presents. The high street however is changing, what will
the future hold as online shopping and drones become increasingly common.

"Elaborately decorated gingerbread became a symbol for the elegance and lavishness of England. The gold leaf that was used to decorate gingerbread cookies led to the popular expression “to take the gilt off gingerbread.”